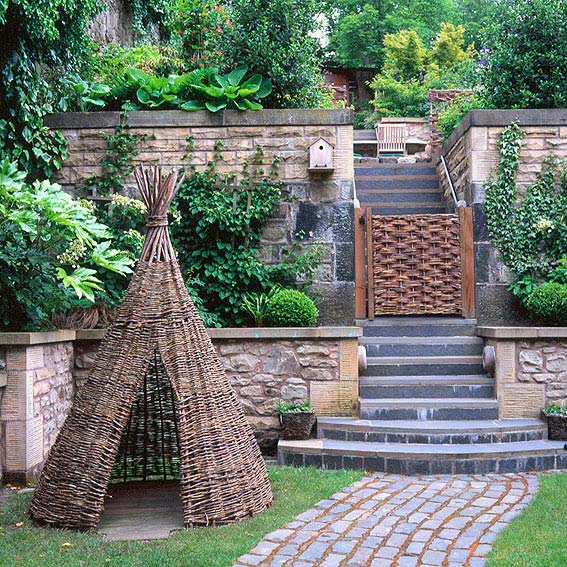 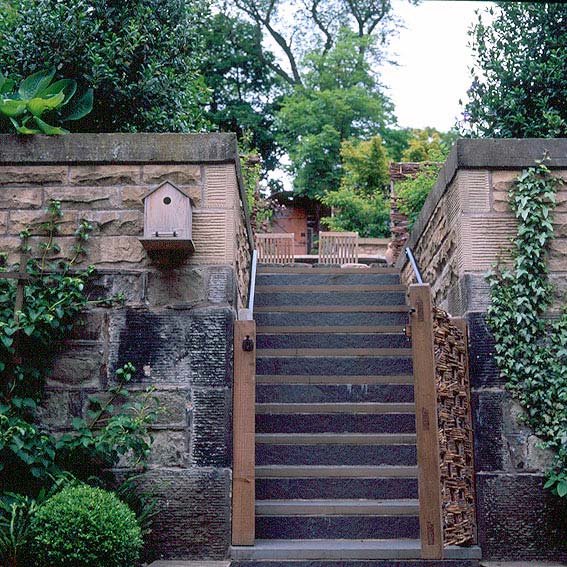 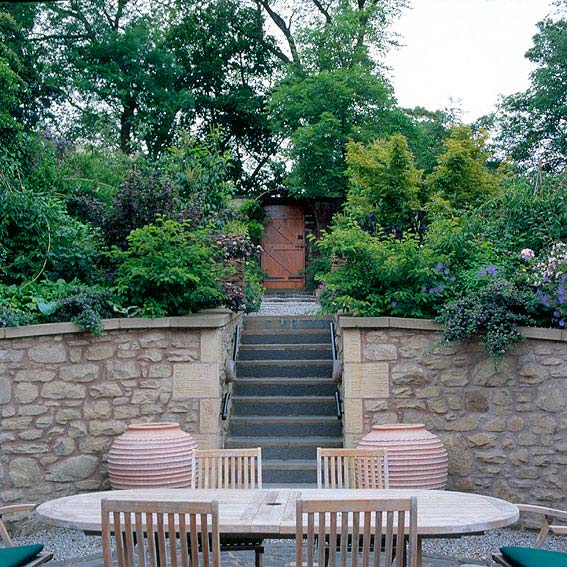 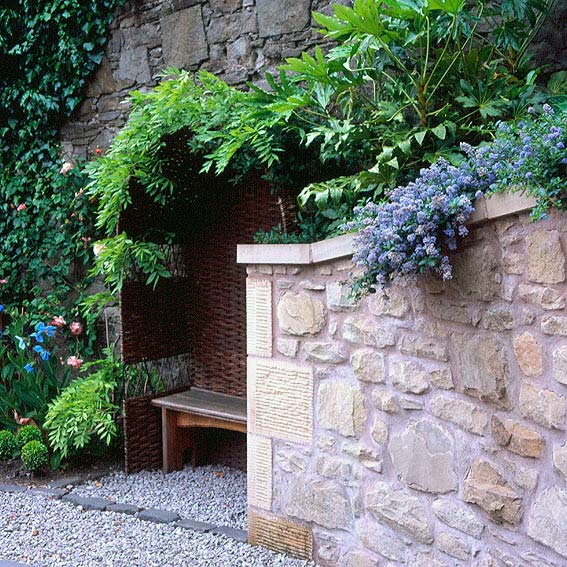 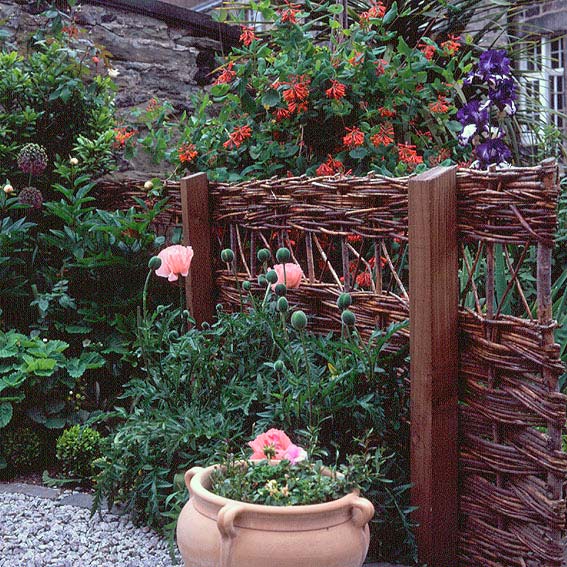 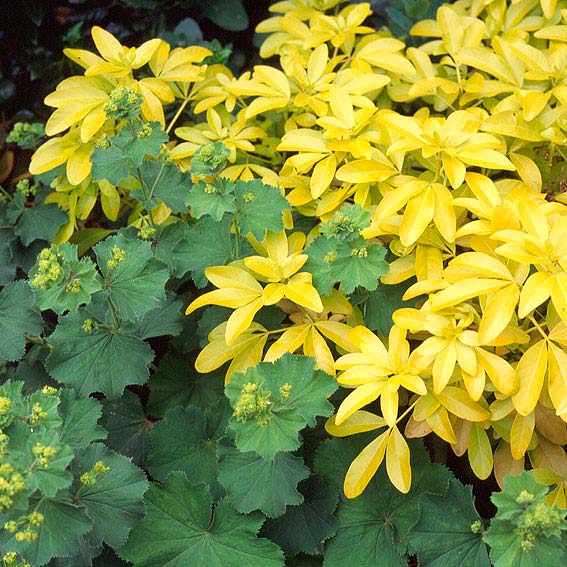 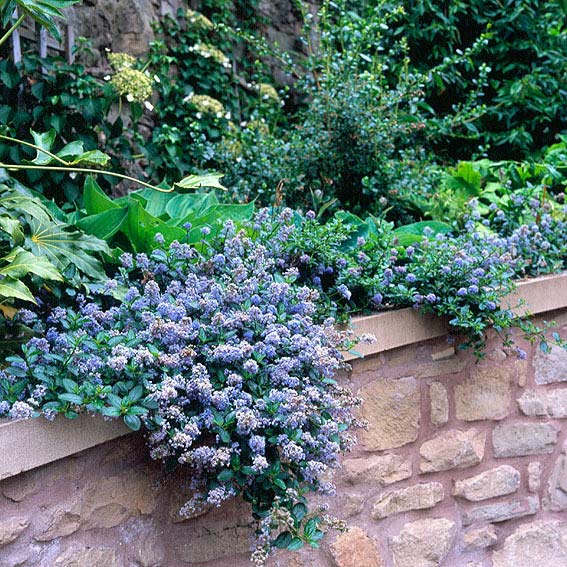 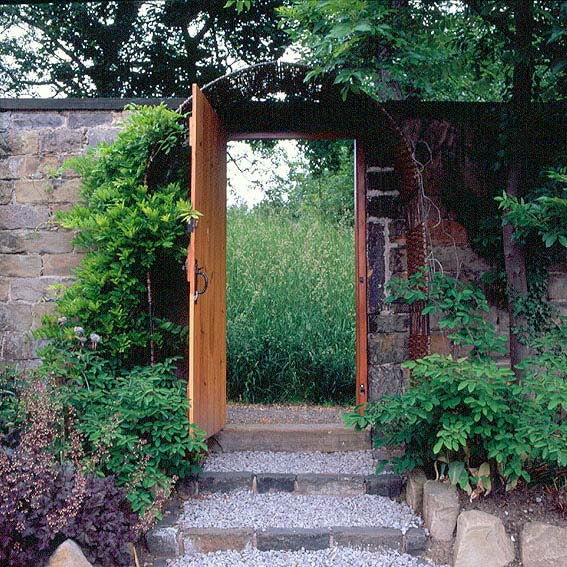 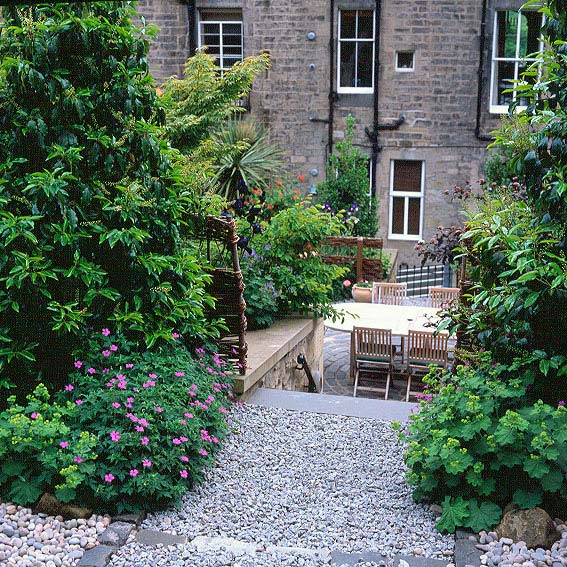 I completed this walled garden in the summer of 2002 and it was one of my first ‘big’ projects. The property is on Calton Hill in Edinburgh’s New Town and it rises 7 metres over its length. When I first saw the garden, it had only one terrace to break up the steep, vertiginous climb to the back gate. Apart from a few shrubs, the garden was laid entirely to lawn.

By the time the garden was finished, an army of labourers under the leadership of Chris Aitken, carrying stone and waste through the basement of the house on their backs, had created three flat, useable areas. This allowed for a children’s play area at the top, equipped with boat sandpit and a hammock from which the parents could supervise, a large, sheltered dining level in the middle, and a small area of lawn with a woven willow wigwam, close to the kitchen door.

The planting, supplied by Binny Plants, is a mixture of elegant shrubs including Kolkwitzia Amabilis, Acer Palmatum, and Philadelphus Belle Etoile and fragrant herbaceous plants and climbers. Wisteria is draped over two woven willow arbour seats to the side of the main dining area and a lavender hedge creates a fragrant framework. The focal point of the garden is the back gate which leads to the private gardens on Calton Hill. It is this which gives this walled garden its true credentials as a Secret Garden.

The garden was photographed for Homes and Interiors Scotland and has been one of my most popular gardens.

The garden was built by Chris Aitken.  Stonemasonry by John Sutherland.  Plants supplied by Binny Plants.  Planting by Stephen Ogilvie Landscape Services. Many other people broke their backs building this garden so credit goes to them as well even though I don’t have their names to list here!