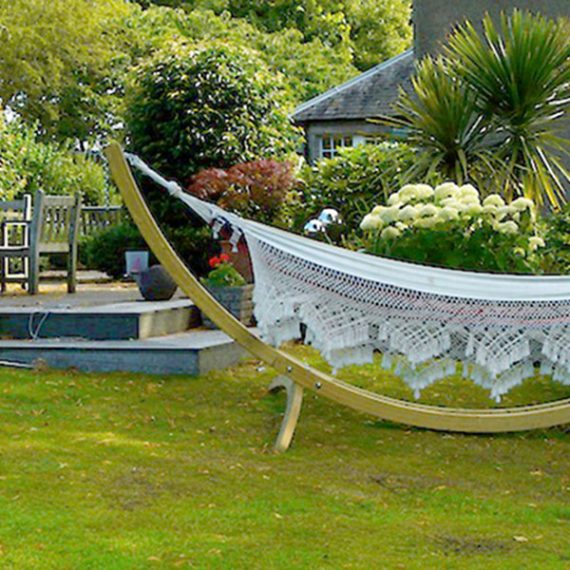 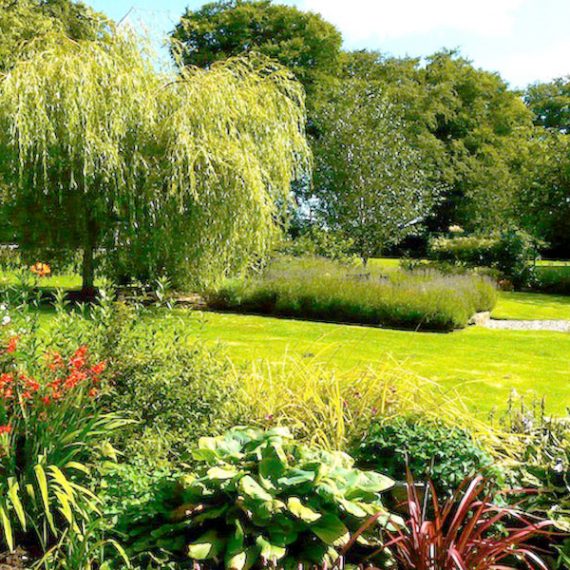 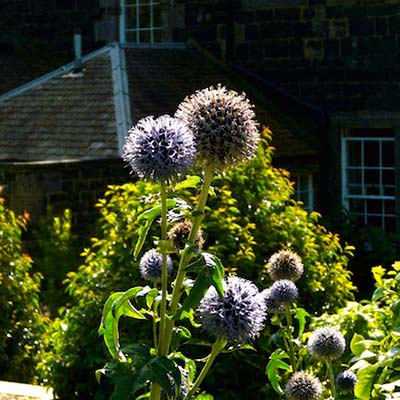 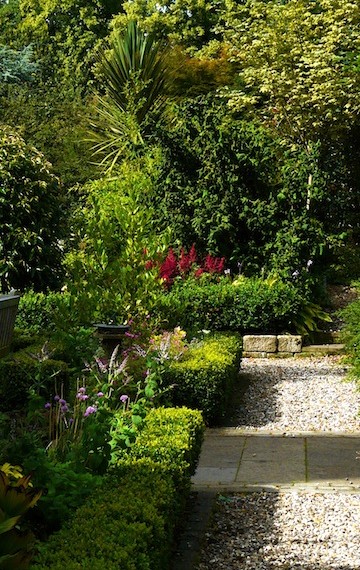 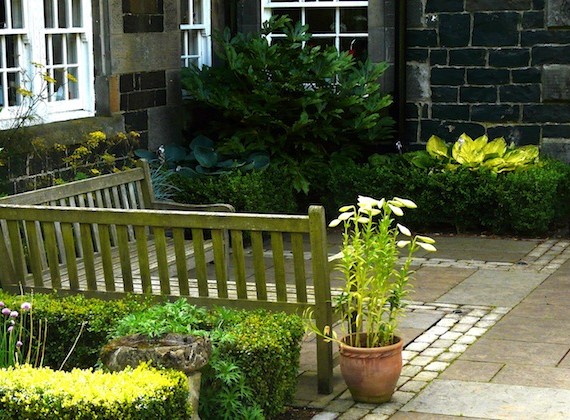 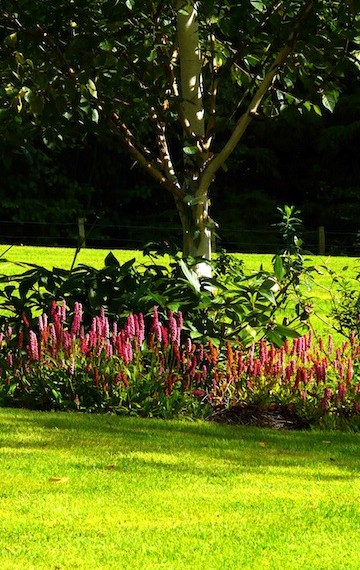 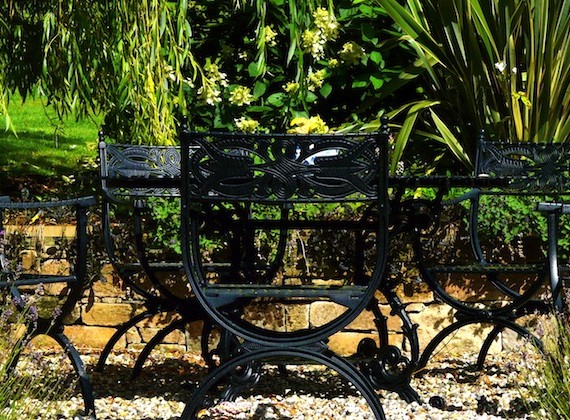 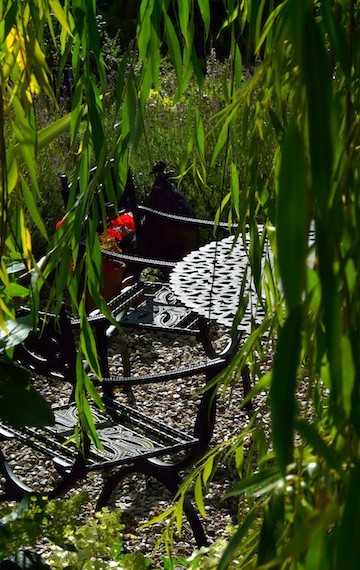 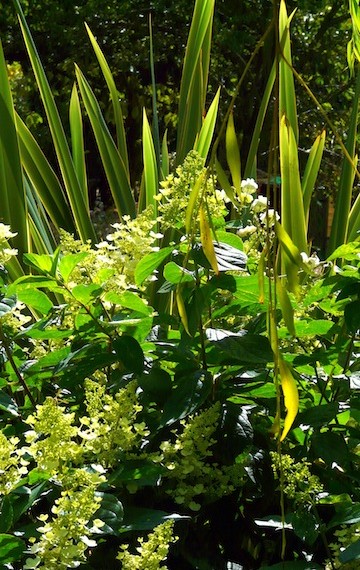 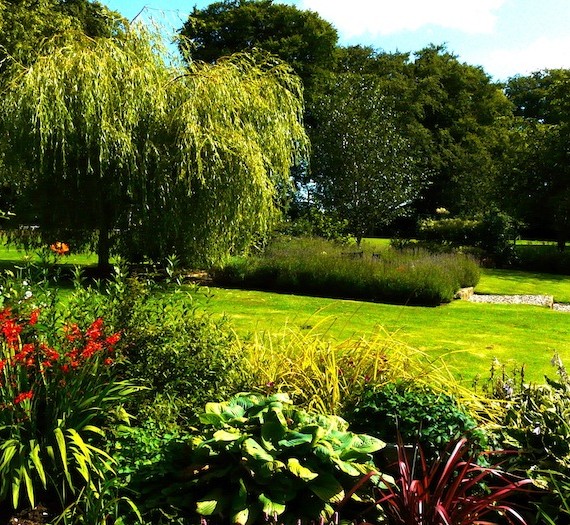 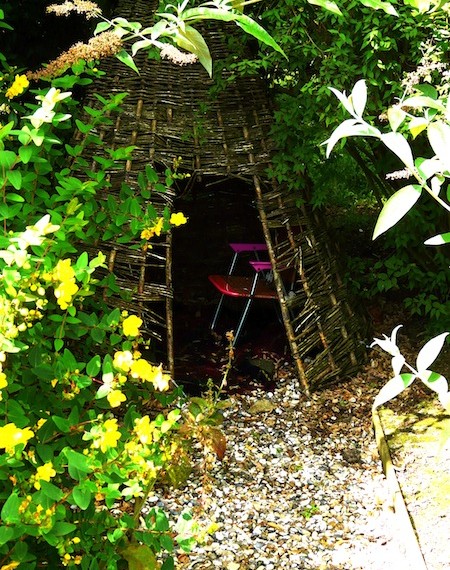 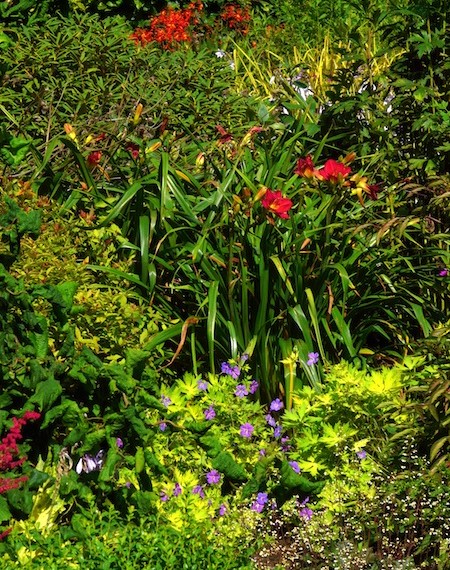 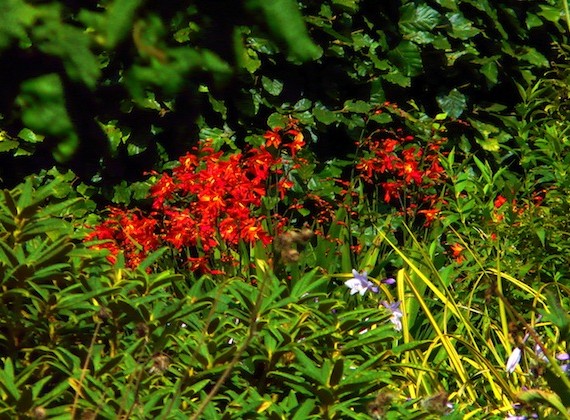 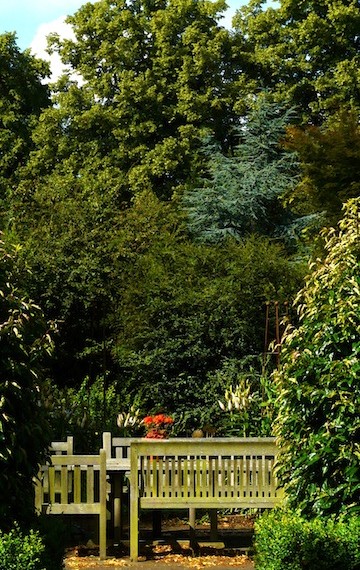 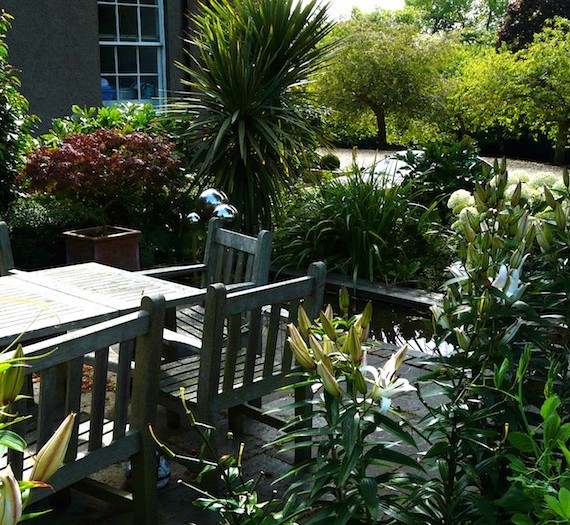 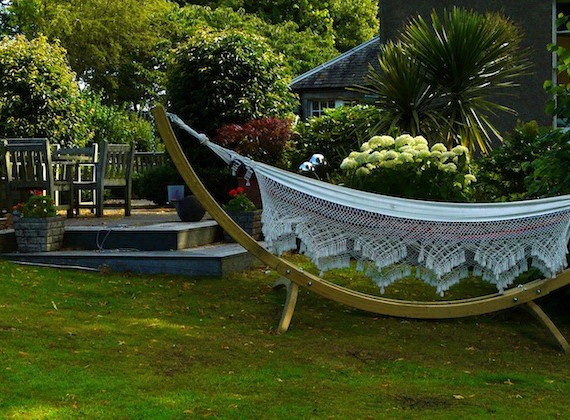 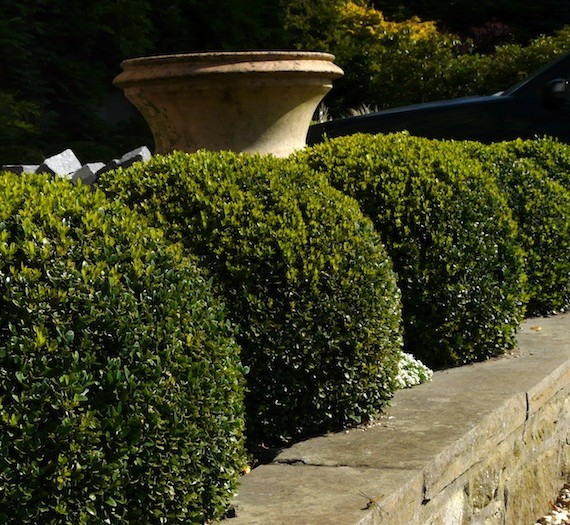 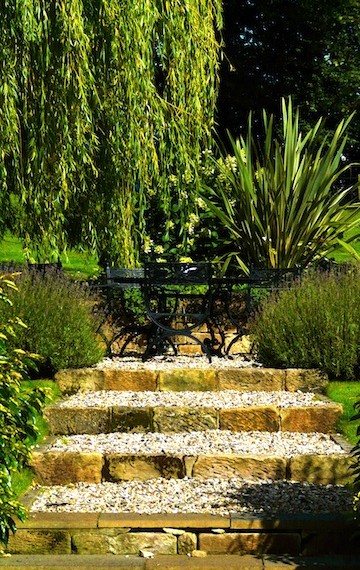 This garden is owned by Rachel and Graham Bucknall, proprietors of Ratho’s delightful Bridge Inn and Elie’s Ship Inn. The garden lies on a gentle, south-facing slope around a handsome Georgian house near Ratho. The surrounding grounds border the Union Canal and contain a walled garden and listed dovecot. Rachel and Graham grow much of the produce used in their restaurant themselves.  The garden project began in 2004, a year after they moved in. The aim was to create a family garden close to the house with views of abundant herbaceous and shrub borders with long seasonal interest, warm and sheltered seating areas, a patio to house the pizza oven and barbecue, and Italianate parterres to provide herbs close to the kitchen door. Above all else, the garden was to complement the elegant interior of the house.

Two contrasting patios – the lavender patio underneath the weeping willow, and the dining patio – are almost completely hidden from each other and are contrasting in every way. One catches the sun for most of the day, the other is shaded by a huge lime tree. One is surrounded by vibrant herbaceous borders, the other by architectural, shade-tolerant plants.  Beside the shady patio is a rectangular pool designed to act both as a reflecting pool for the lush planting nearby but also as a children’s paddling pool in the summer.  It is shallow and has three stainless steel balls which appear to ‘float’ in the air when the water feature is in full flow.

Hidden paths lead through the fragrant borders to a secluded woven willow wigwam and to a duck pond beyond which is full to the brim with hundreds of goldfish. Carefully chosen furniture provides the finishing touch in a garden that is both elegant and fun for each member of the family.