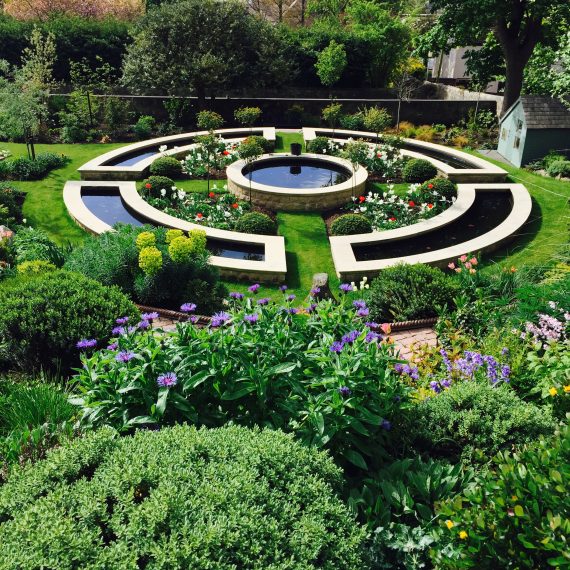 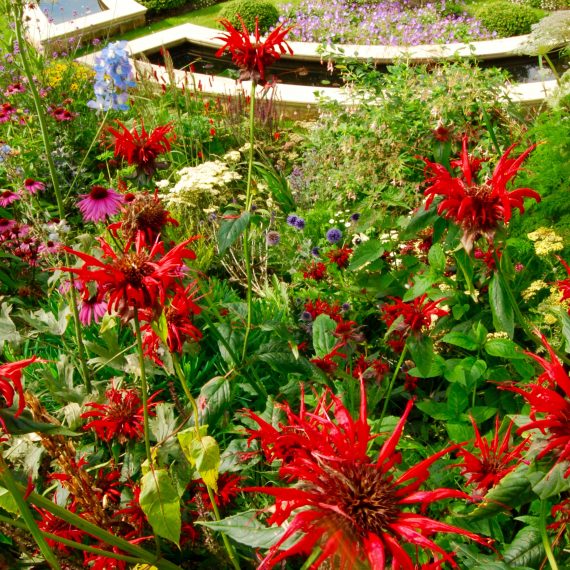 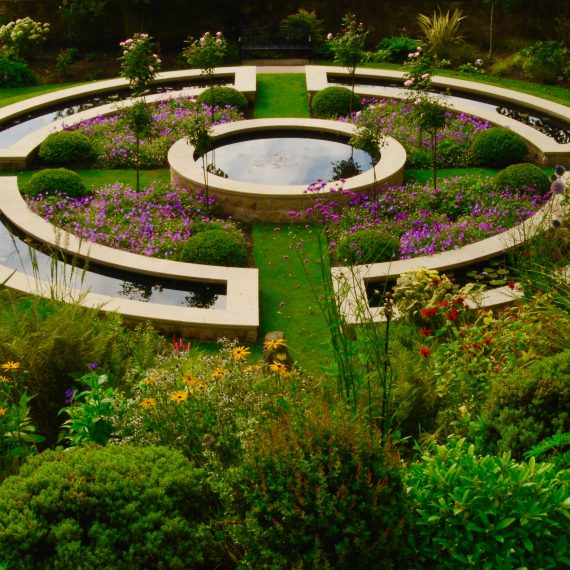 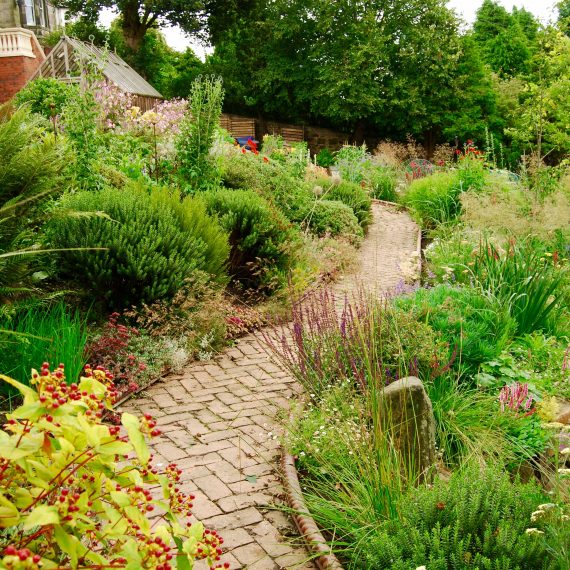 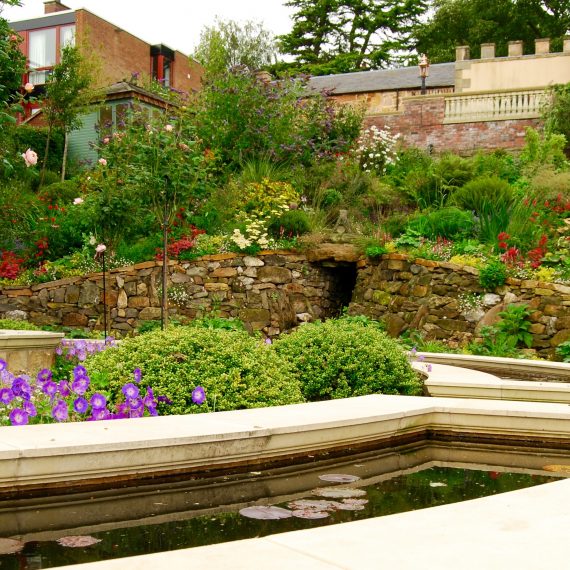 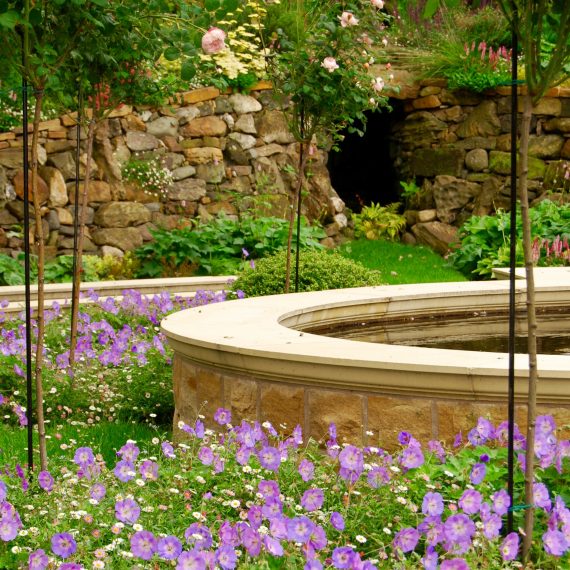 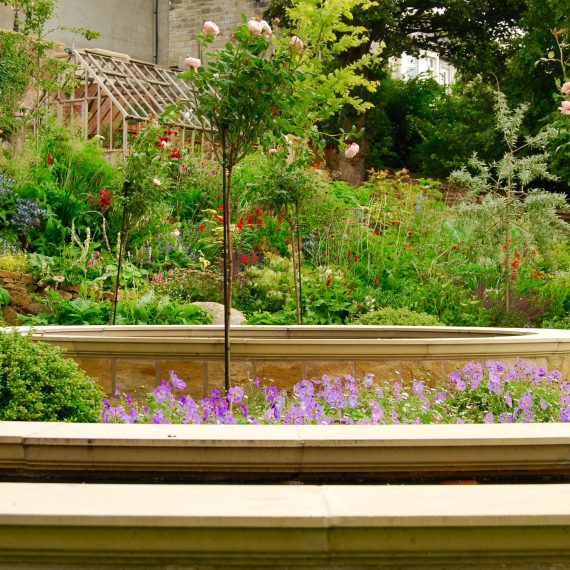 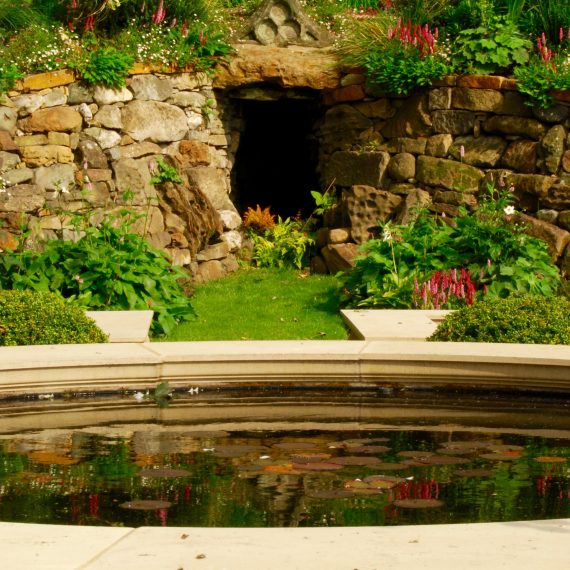 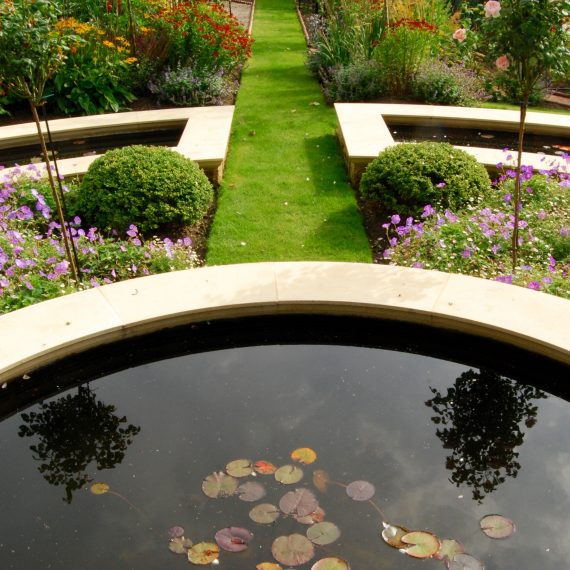 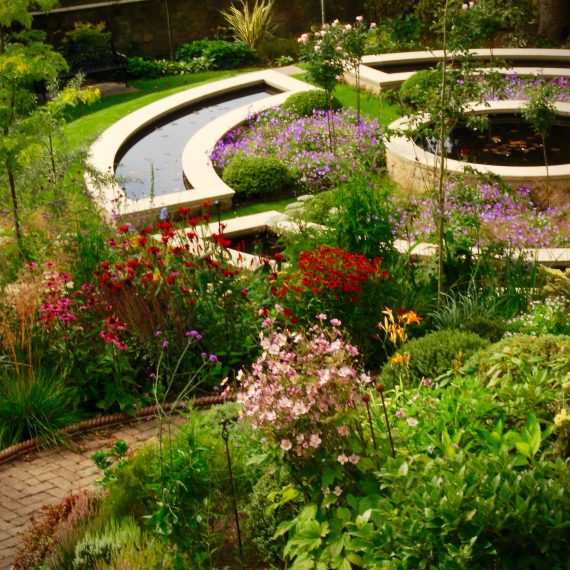 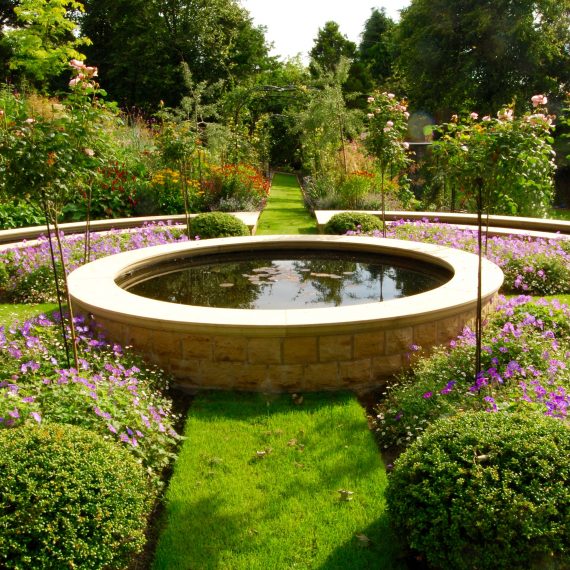 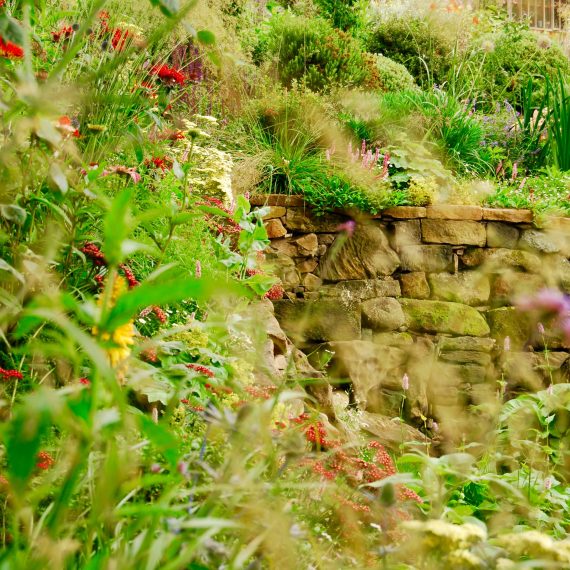 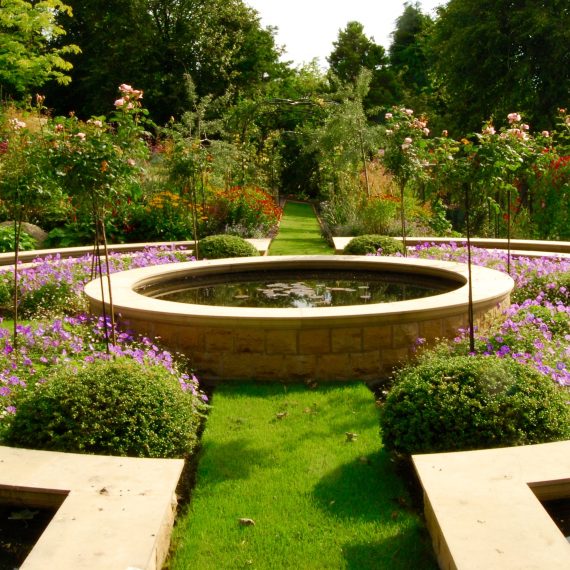 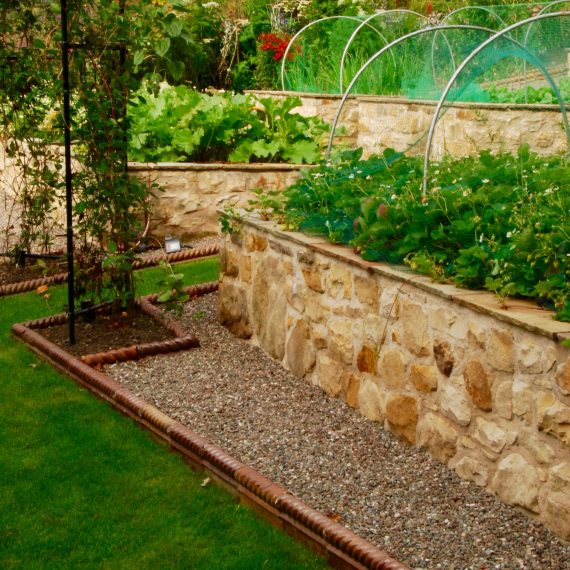 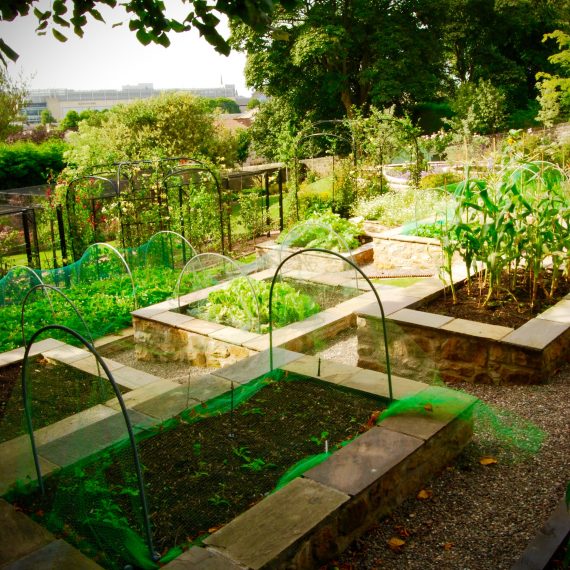 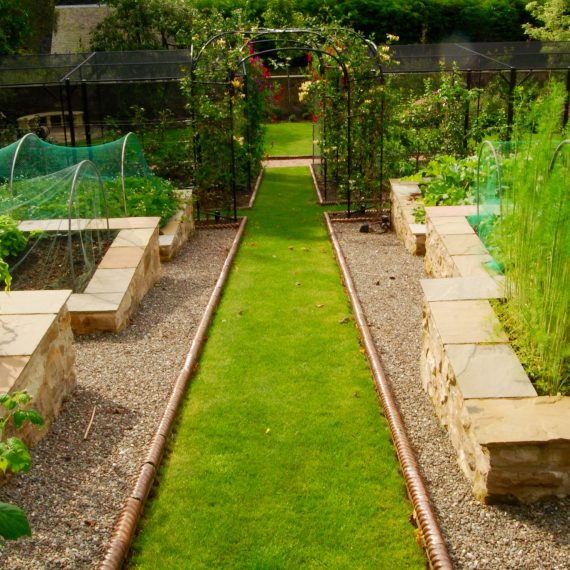 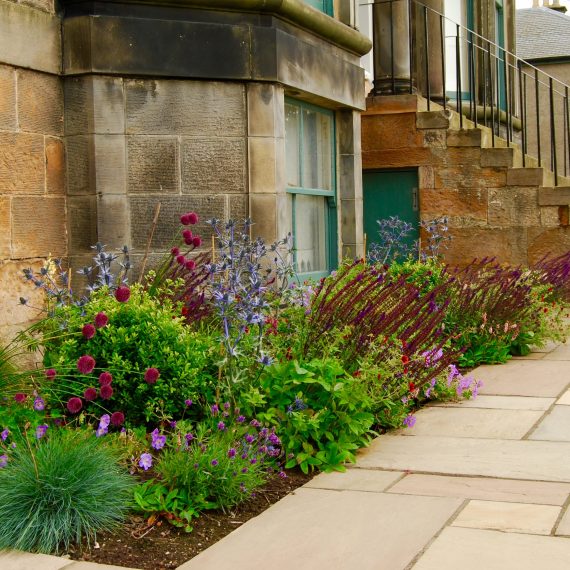 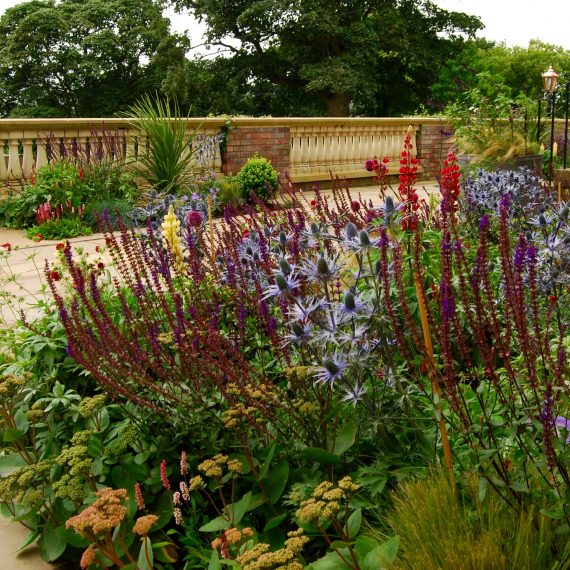 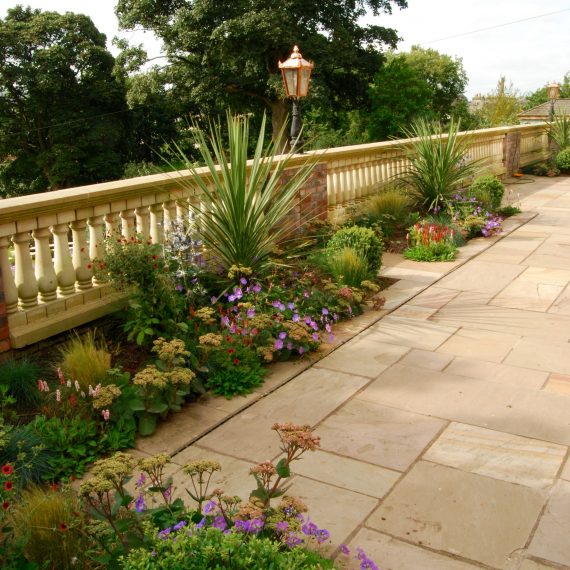 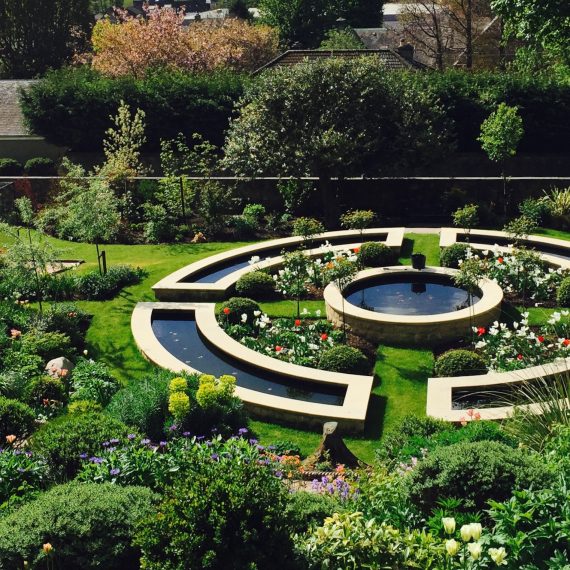 Perched high above this garden, sits a handsome Victorian villa with open views to the south taking in Dunfermline, the Forth bridges and Edinburgh beyond.  It is a spectacular location with a large sloping site crowned by a formal terrace with stone balustrade.  It took me a couple of meetings with the owner of this impressive garden to properly get my head round what we were going to do.  We agreed there should be formality and splendour in a water feature, we would work with the existing brick paths and Victorian rope edgings which we all loved, we would keep the large cedar greenhouse where it was but introduce raised beds for growing vegetables, we would plant espalier fruit trees, install rose arbours and create vast herbaceous borders, we would retain the magical stone grotto half way down the garden and a fernery and shrubbery would finish off the tick list of archetypal Victorian features.  Garden lighting was the icing on the cake and this was topped with furniture from Oxleys.

Good access around the garden was a priority but the site presented various challenges due to its steepness.  We opted to install a new set of steps near the greenhouse but we avoided steps wherever we could in order to provide easy wheelbarrow routes around the garden.

Another request from my client was for a rain water irrigation system.  As so much of the garden is used for growing vegetables the idea is this will be done using only rainwater.  We installed a vast tank at the rear of the garage to gather all rainwater from the roof.  Further down the garden run off from the greenhouse roof is also harvested.  Sprinkler systems in the stone raised beds feed off these tanks.  As well as this, we created generous composting bays near the kitchen garden to satisfy my client’s mild obsession with producing garden compost.  Not a scrap of green waste leaves the garden so everything is recycled and ploughed back into the very well fed soil.

We planted the garden up in early 2016 and to our delight, the borders filled out and put on a stunning display by mid summer.  The herbaceous borders were bursting with colour from raspberry red Lupins, tall purple/blue Verbena bonariensis and rich pillar box red Monardas while the Queen of Sweden standard roses flowered endlessly by the formal water feature and were still going strong well into winter.  Stipa Gigantea, Stipa Tenuissima, Hebes and clipped Ilex Crenata keep the garden green and interesting throughout the bleakest months of the year.

This garden is well loved and very well tended by my client and his gardener, Ruth.  Gardens are, of course, never finished and so we continue as a team to tweak and embellish, reorder and improve.  I’m all for finding excuses to revisit projects as enjoyable and rewarding as this.