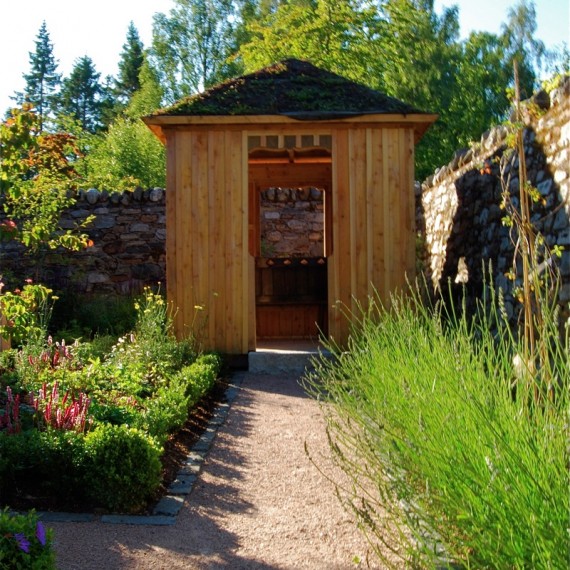 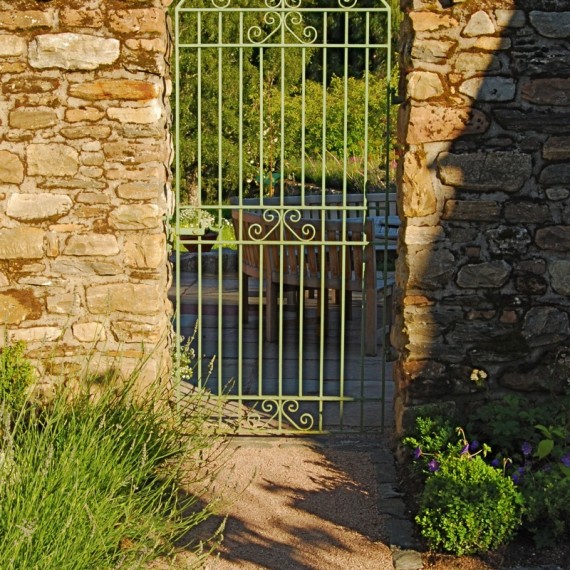 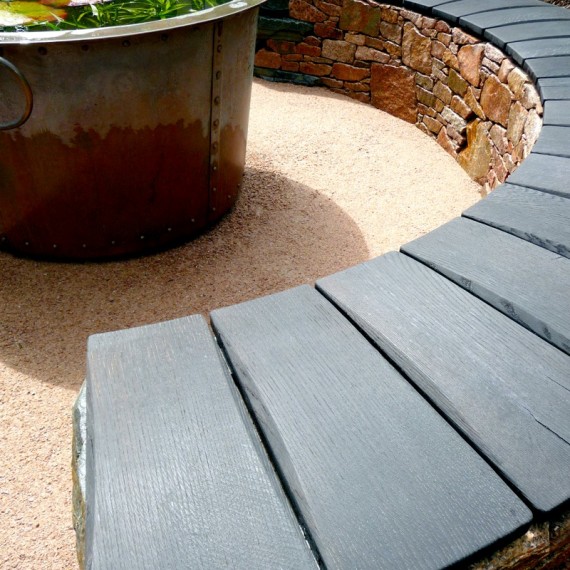 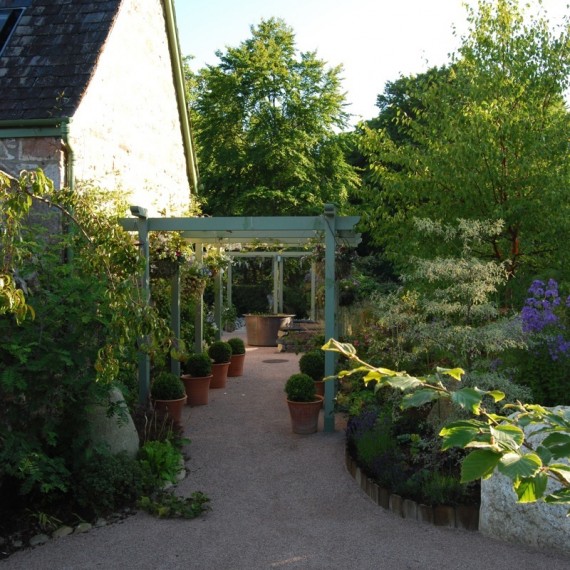 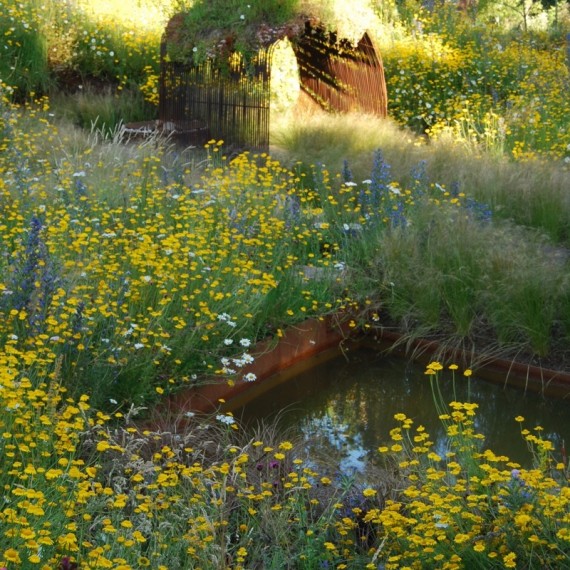 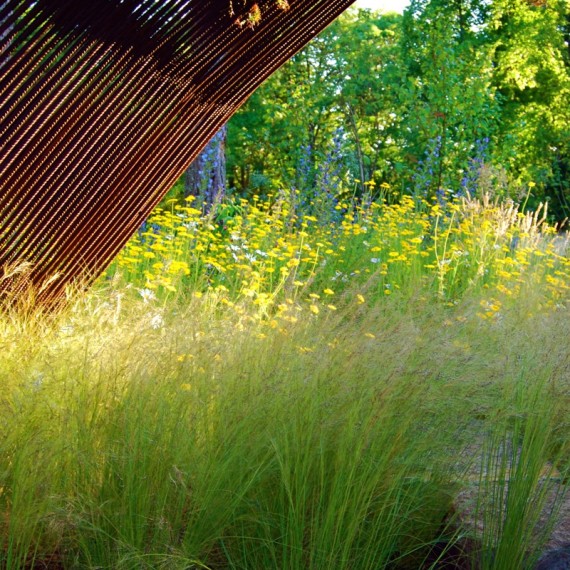 The owners of this garden near Aviemore are now the very happy recipients of the award-winning 2010 Water Gems Show Garden.  They purchased the sculptural rebar centrepiece and deck at the show and it was transported, with its customary police escort, up the A9 shortly after the show closed in June 2010.  After many months of work to mould and prepare the new site, the show garden is now completely at ease in its new Highland home. Its deck and rebar firepit are surrounded by a sea of Stipa tenuissima and by a mass of wildflowers.  Smaller pools nearby create reflections and stepping stone paths lead through this meadow to the gardens beyond.

As well as installing the rebar shelter, the clients asked me and Water Gems to cast an eye over the rest of their garden and to help blend the various compartments and styles.  I began by designing a secret garden to the rear of the house in a small, walled courtyard.  This sheltered, private area offered the opportunity to grow fruit on its warm, south-facing walls but also to create a quiet and sheltered seating area for contemplation.  An arbour, traditional in style, with church pews adapted as bench seats and a sedum roof overhead, also serves as part of the path which runs through the garden, thus forcing the visitor to slow down and take note.

Elegant, curving drystone walls at the front of the house were constructed to accommodate parking at the head of the driveway.  Local stone was used here by Water Gems to stunning effect.  I then created planting combinations to give a long season of interest in borders which complement and soften the effect of the walls.

Outside the dining room window, an empty space cried out for focal interest: something surprising but beautiful, elegant but fun.  I settled on a copper tub, filled with water and plants including lilies and water soldiers.  A curved bench is set between the tub and the borders and is constructed out of a drystone wall to match those at the front of the house.  It is finished with a remarkable oak seat by Michaela Huber, created in segments, scorched and then fixed via a frame. It is tactile, beautiful and comfortable to sit on with very little maintenance due to the scorching process.

Sections of this garden illustrated here were built by Water Gems.  The scorched oak bench was created by Michaela Huber. The copper tub was made by Ratho Byres Forge.