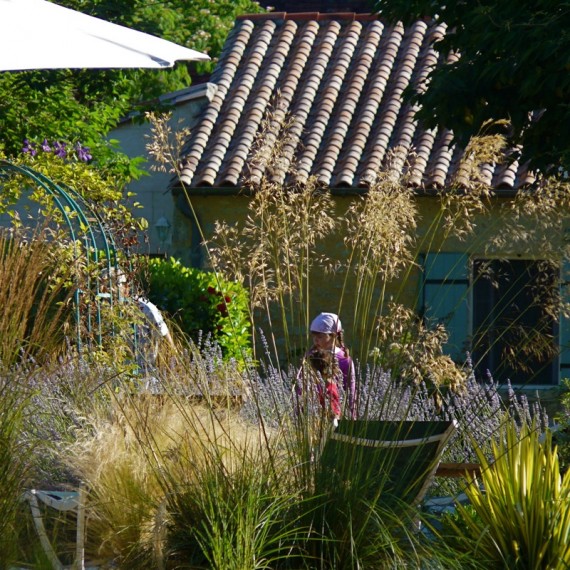 Pergola by the pool 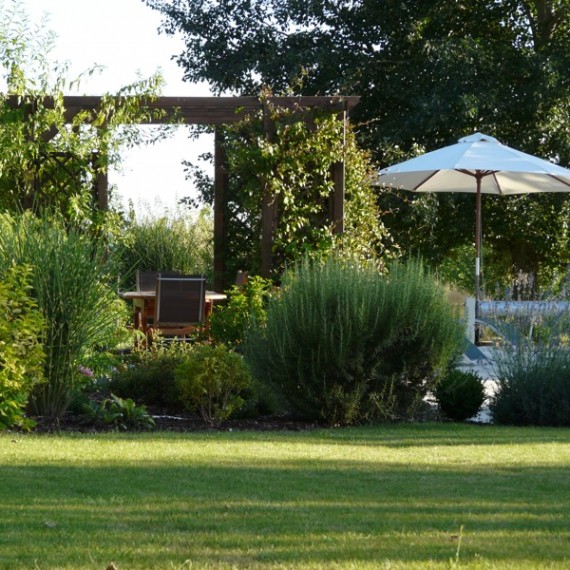 Planting at side of house 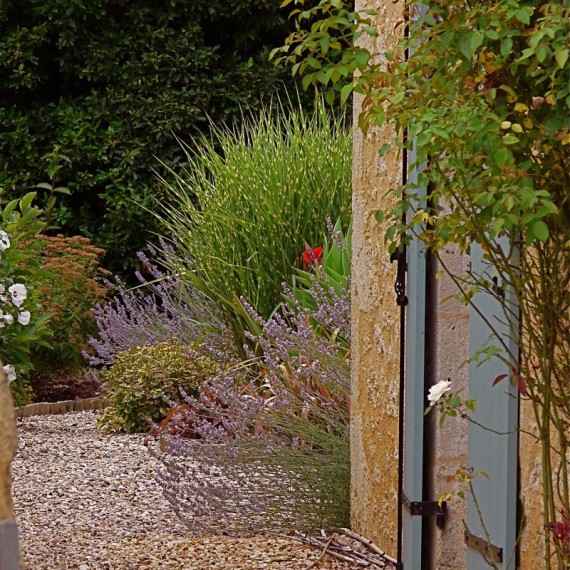 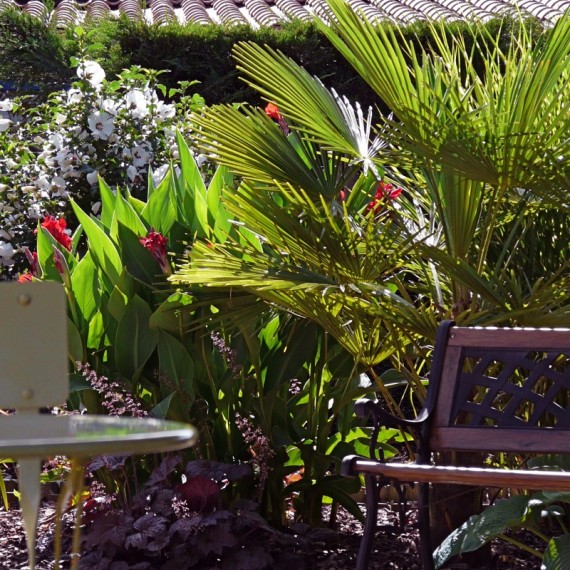 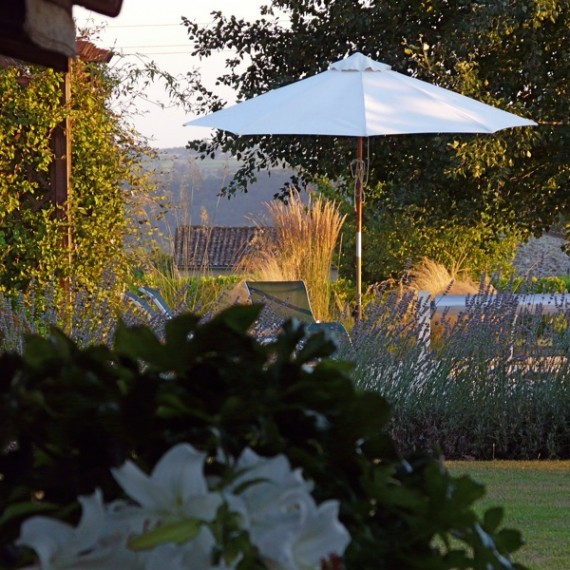 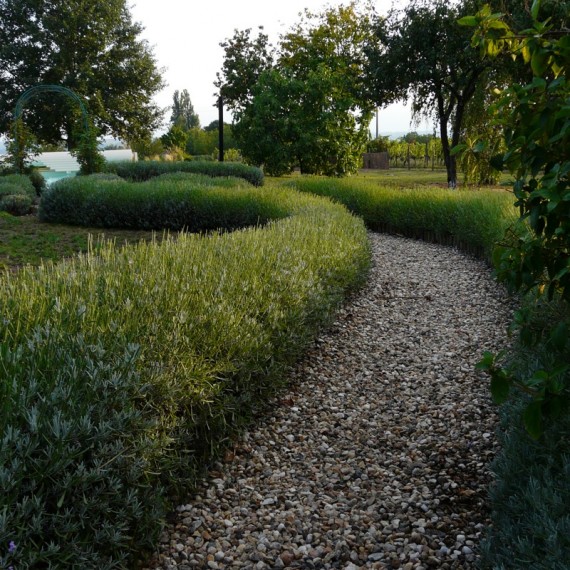 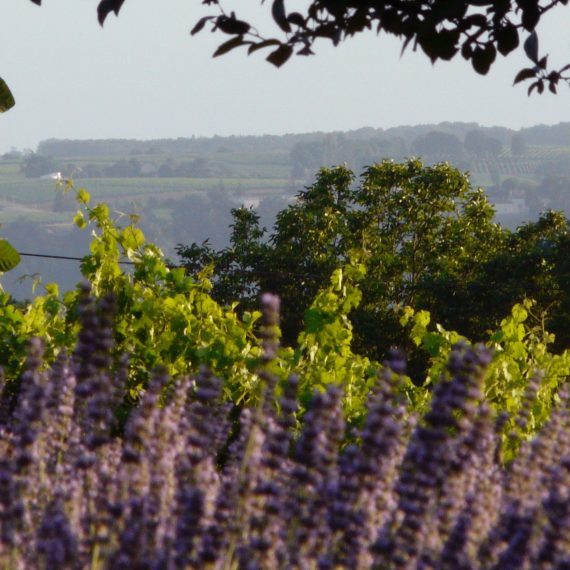 Fig tree reflections in the pool 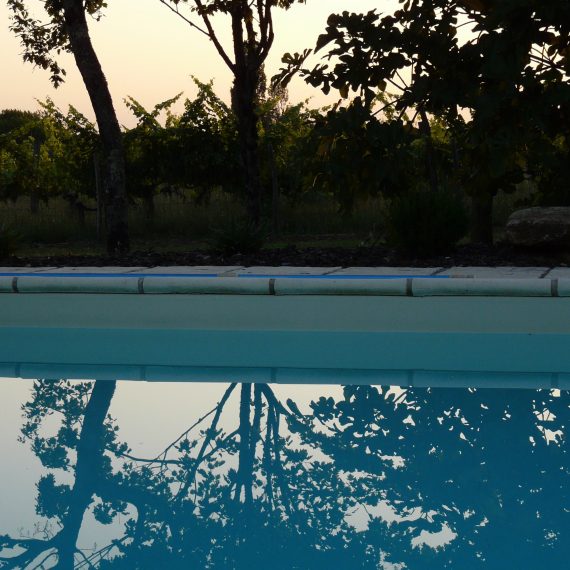 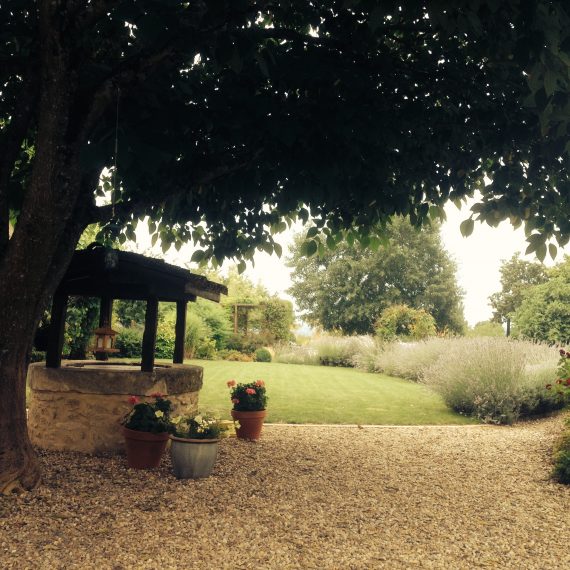 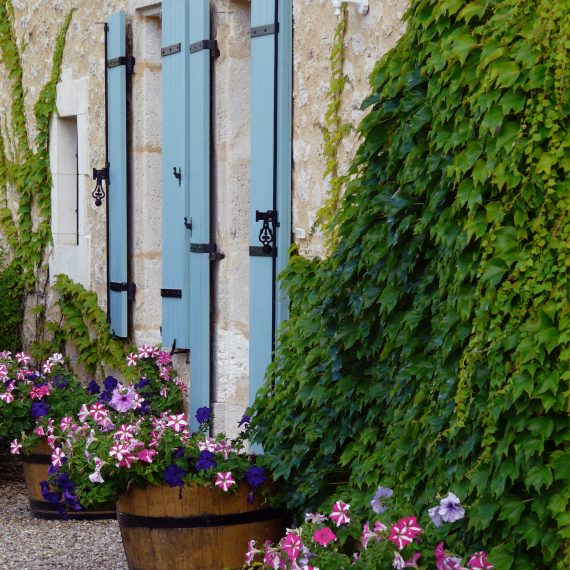 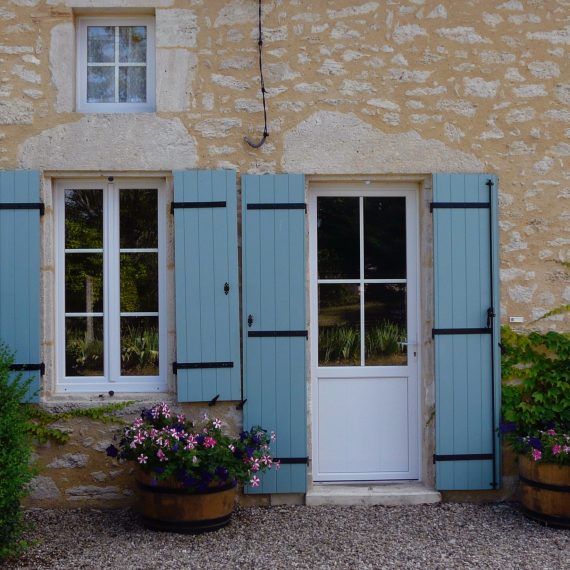 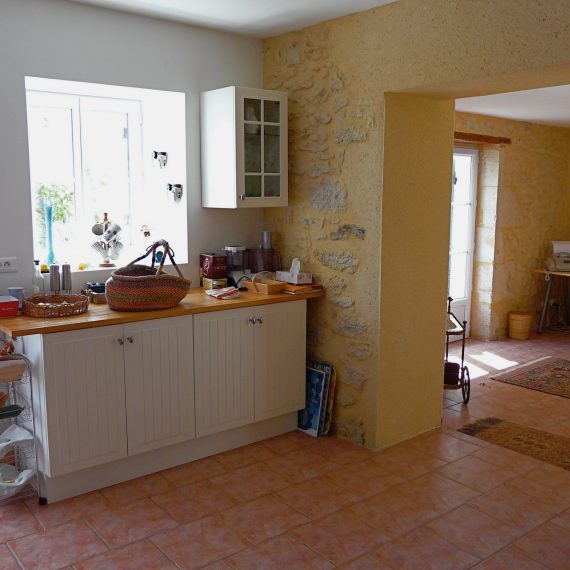 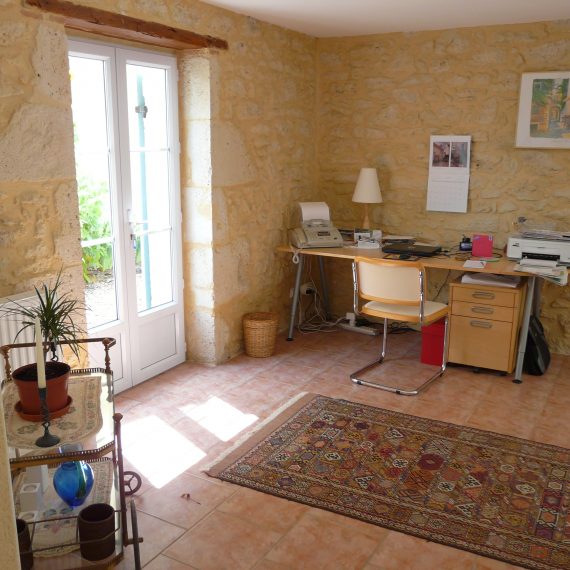 Half way between Bordeaux and Bergerac near the Dordogne river lies a tiny hamlet of nine houses called La Raye. For much of the spring, summer and autumn, these properties enjoy lengthy days of sunshine and regular showers of rain. The soil is a highly fertile clay and large quantities of sandstone lie just below the surface. However, despite the effort required to work the soil, the results are quick and impressive as plants enjoy such a long growing season.

My parents retired to the Dordogne in 2006 and every year since have spent spring and summer here, returning to Edinburgh for the autumn and winter. When they first bought the house it came with a large field with a few trees and some very rough grass. As their retirement project, they set about turning the field into a garden, equipped with swimming pool for the grandchildren, orchard and the elusive ‘pelouse anglaise’ (verdant English, or rather Scottish, lawn).

I worked on the design of the garden from Edinburgh and, not having seen the space, had to rely on my father’s measurements and endless photographs. By the time of my first visit, the framework for the garden was complete and I was impressed by my parents’ hard work and at how everything was falling into place. Fourteen years on, the garden has filled out and matured and the various compartments now work well together.  Much needed shade is provided handsomely by the paper mulberry trees. The grasses around the pool help to soften its geometric lines. The climbers on the pergola have merged into a reliable and fragrant canopy.  The lavender hedge positively vibrates from the sound and movement of honey bees.

Designing this garden so far from Scotland and from my usual ‘comfort zone’ involved a steep learning curve. French clay soil is not the same as Scottish clay soil. Plants may grow very quickly in the French climate but they also flower briefly in the summer heat and so keeping the colour going throughout such a long growing season is challenging. However, the speed with which the field was transformed into a garden and the impressive productivity of the garden (apricots, peaches, greengages, walnuts, figs, tomatoes, raspberries, strawberries and others) has far outstripped expectations and made the whole experience a delight.

In 2020, after fourteen unforgettable summers, my parents put this lovely house on the market.  It has now been sold and I sincerely hope the new owners will have as much fun and enjoyment from La Raye as we have had.  I will miss my yearly review visits hugely and not just to see the changes and progress in the garden.  Lazy afternoons lying by the pool watching gliders from the nearby airfield form figures of eight in the sky, kayaking and swimming in the Dordogne, busy market days in nearby Sainte-Foy-la-Grande and aperitifs on the terrace as the light fades have all been part of the annual ritual.  It will all be remembered fondly as the house and garden pass to new owners.  But summers won’t be the same without a week at La Raye.